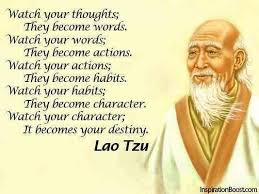 I recently came across an article, and in it was a quote from George Washington Carver. This is the man who is known for inventing peanut butter. This was a man of character. His quote was “When you love something enough, it will speak to you.” He loved botany. He devoted his life to it and the plant world spoke to him. The character of this man become his destiny. George Washington Carver, actually turned down a position where he was offered $100.000 a year. That would be equivalent to over a $1,000.000 today. His character was so great, that he refused to accept money for the gifts he said God gave him. He invented crop rotation and many other helpful techniques that have saved time and helped the world. We should all take a lesson from this great man of character. Love nature and allow it to speak to us.